War Consequences on Your Mental Health 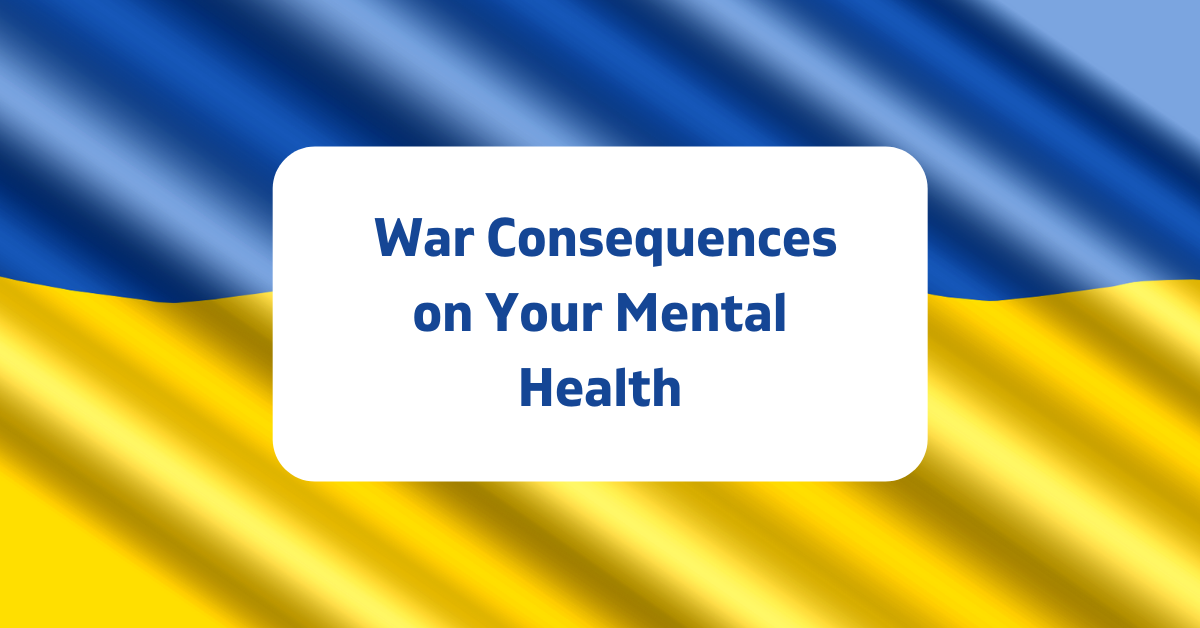 The digital world is coming up with a lot of resources that are beneficial for this global crisis. Digital therapies are essential at this moment, as people might not have the resources to seek help. Find out a list of digital tools below.

Ideas for further worthy solutions to include? Drop us a line at hello@digiburn.health

Why is it important to talk about war consequences on your mental health?

War has a catastrophic effect on the mental wellbeing of nations as well as on individuals’ mental wellbeing and its effect is long-lasting. It includes physical and psychological harm to children, adults, and elderly people. Death because of war is “the tip of the iceberg”. Many other consequences such as poverty, malnutrition, economic and social decline, disabilities are rarely talked about. However, there are two important sides to a war. One is the side of the war survivors, and the other is the side of the bystanders, that are experiencing the war conflict indirectly.

So, what happens to the war survivors?

A huge instant problem is forced migration, leading to long-term refugee problems. The consequences of a war are profound in many ways. Psychological issues are starting to rise such as post-traumatic stress disorder (PTSD), major depressive disorder (MDD), or general anxiety disorder (GAD).

Post-traumatic stress disorder is triggered by a terrifying event. It can happen either by witnessing a traumatic event or by experiencing one. Symptoms could consist of flashbacks, severe anxiety, nightmares, as well as uncontrollable and invasive thoughts about the event. If some of these symptoms are present and are lasting for up to a year and are intervening with the normal daily functioning, the person should search for help. PTSD is a curable and manageable disorder, but it is a serious one, affecting many war survivors.

Major depressive disorder is a common psychological issue in the military force and the general population because of war. Simply worded, depression is characterized by feelings of persistent low mood, hopelessness, lack of motivation and enjoyment in the things that used to be enjoyable. Depression might seem like an incurable disorder. You might view it as your new companion in life, but the reality is that depression can be removed from your life. For this to happen, it is important to talk with your close ones and if someone close to you experiences it, join his mental health journey, so he doesn’t feel alone.

Lastly, general anxiety disorder (GAD), can be an extremely annoying companion and as such, it is rather hard to get rid of it. It is characterized by symptoms of excessive worrying about everyday circumstances, physical and emotional exhaustion, difficulties in concentrating, lack of good sleep, and others. Symptoms should persist for at least 6 months. One of the important features of GAD is the feeling of lack of control that can lead to panic attacks. Especially during these hard times, people are uncertain of the future so they start feeling their control is slipping through their hands. Thus, GAD can be a common issue during the war, however, it is important to have a reality check. Worrying about your life, your friends’ life, and the global situation only leads to more worrying which can result in one endless loop of worrying. It might feel like someone is chasing you all the time but the reality is that you can run faster and you have to remind yourself that!

The ripple effect of a war

Additionally, war has a ripple effect.  A child, who survived war violence, is more likely to engage in conflicts as an adult. Young men, who experienced war, used this as an excuse to arm up and begin fighting. Another side of the ripple effect is how war is affecting bystanders that are just watching the horrifying events without having an idea where this is leading. This lack of idea leads to war anxiety.

Watching a global crisis, without the possibility of doing anything to stop it, can raise some new and unwanted feelings of uncertainty and stress.

The ongoing news might affect your flow of thoughts in a way that you start thinking only about how this will affect the economy, your job, or your loved ones. If global news is having an impact on your daily life talk to your friends for a reality check – helplessness might increase your need for control. And just scrolling on and on, so you are aware of what is happening worldwide, might give you a false sense of control over the situation.

It’s time to talk about helping and not only about the horrifying results of the war.

Because you can start helping yourself now

Digital therapies are essential at this moment, as people might not have the resources to seek help. Take a look at these self-help tools and digital therapies and choose one that might suit you and start your self-care journey now!

Ideas for further worthy solutions to include? Drop us a line at hello@digiburn.health

Having looked at those incredible self-help tools, we consider one last issue.

What is post-traumatic growth?

As you might have gathered from the name, PTG is the process of growth after a trauma has occurred. It happens a lot to refugees who have traveled from war zones. However, it raises the question of how you can benefit from your trauma. People going through PTG, are stating that even though after the trauma they became more empathic, sensitive, appreciative, and mindful of their life, they would do anything to erase the traumatic experience if it was possible.

So, having this in mind, the consequence of a traumatic experience should not be underestimated. How a person views this part of his life is an essential basis for a healthy mind. The journey to grow alongside your demons is a long and hard one, but there is an end to it, full of self-fulfillment and gratitude!