Digital therapeutics: the treatment of the future 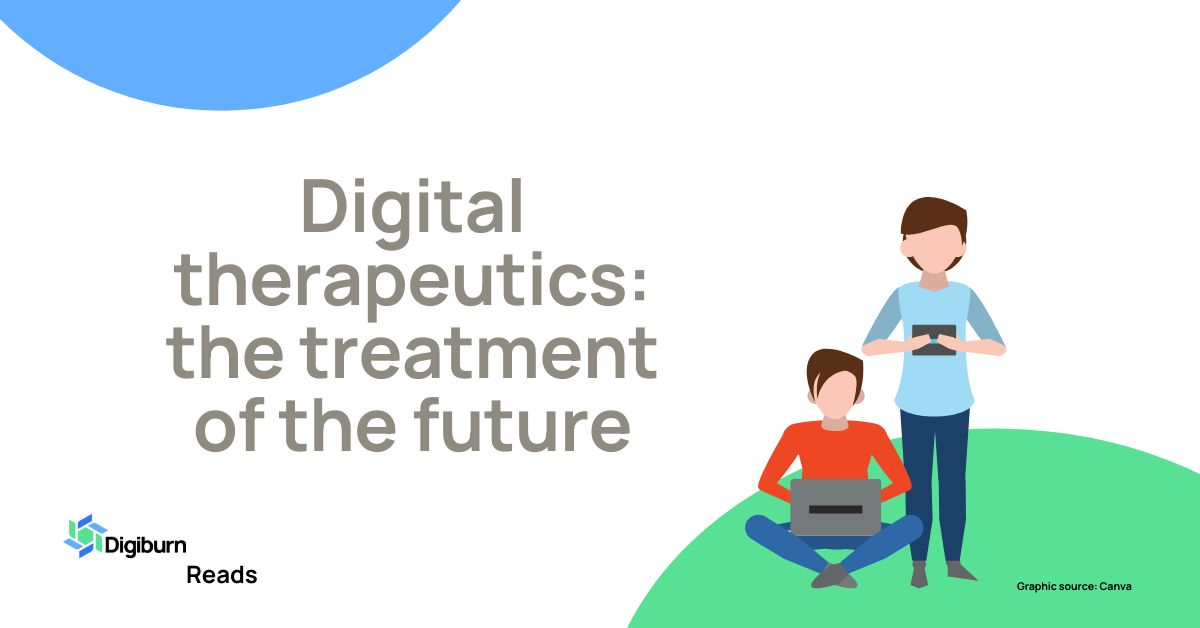 In this article, we will go over the definition and purpose of digital therapeutics, as well as related topics, such as research, trial results and benefits.

From apps to dedicated websites, social media pages, blogs, and other digital sources, digital therapeutics have become the talk of the Internet. We’re flooded with information and speculation about them, but how much do we really comprehend and know about this new therapeutic method? In this post, we’ll discuss the genuine meaning and benefits of those treatments, as well as how they’re steadily becoming the solution of the future.

Evidence-based therapeutic interventions driven by high-quality software measures for preventing, monitoring, or treating a medical ailment or disease are referred to as digital therapeutics. It may sound complicated, but they are generally viewed as a subset of digital health. The phrase refers to a treatment or therapy that uses digital and frequently Internet-based technologies to encourage patients to improve their lifestyle. Since roughly 2012, the term has been in usage.

Digital therapeutics are frequently utilized as a preventative measure for people who are on the verge of developing more serious illnesses. To monitor, detect, and reduce the risk of illnesses in at-risk patients, the technique uses a series of digital tools-  apps, desktop computers, and numerous Internet devices, are among them.  These devices can collect a wide range of data.  Essentially, digital therapeutics may collect a large amount of data from a wide range of sources. It also gathers “smaller” information, such as behavioral, social, and geographical patterns.

Trial results, including clinically important outcomes, should be published in peer-reviewed publications by digital pharmaceutical businesses. The treatment is based on psychological or behavioral changes that are usually triggered by a variety of digital stimuli. Data can be gathered and evaluated as a status report and a preventative precaution due to the digital nature of the process. Treatments are being developed for type 2 diabetes, Alzheimer’s disease, dementia, obesity, ADHD, substance abuse, anxiety, depression, and a range of other illnesses. Cognitive-behavioral therapy techniques are frequently used in digital therapies.

The common perception among specialists is that the field requires additional medical evidence and inquiry before it can be completely assessed. However, a lot of research has been carried out to assess the effectiveness and influence of positive behavior support strategies that are used through a digital platform. Patient improvements have been demonstrated in individual trials and studies.

Despite the fact that digital treatments are only now becoming widely used and acknowledged, the benefits they provide are clear. They make treatment simple, accessible, and private, all of which enable an increasing number of individuals to better their lives. Such a revolutionary measure has the potential to combine digitalization and health into a marvelous product, or rather a technological wonder, that will aid people in their fight against a variety of physical and mental illnesses. With more and more companies and applications being available for patients, the sector of digital health is continuously expanding. It is clear that digital therapeutics will become the standard therapy of the twenty-first century.